WHAT EVERYONE OUGHT TO KNOW ABOUT ROUTINE SURGERY

WHAT EVERYONE OUGHT TO KNOW ABOUT ROUTINE SURGERY

Just when you think that it’s easy smeezy, it ain’t! Is that even a word? But, definitely whenever you go under the knife, should you worry about being prepared for the “Just in case” or the “What if”?

“I’ve had so much plastic surgery, when I die they’ll donate my body to Tupperware!”. Joan Rivers

Routine surgery is just one of those things in life where we think, ok I need to remember to be at my appointment a few minutes before, I have to shower, and not bring any valuables with me. Is that it? Should I be worried? Well, I guess part of me, says we should be in a positive mindset and maybe a few people even say a few prayers beforehand. But, should we be worried about our health, what that will look like afterwards. Will everything work out, will the surgeons see anything that shouldn’t be there, will there be any complications, any difficulties with breathing, or bleeding? Does anyone else think of these things down deep inside even for the most simplest of surgeries? Let’s see.

“Certain types of surgery are more prone to failure than others. Failed surgeries can mean worse pain or symptoms than the patient had prior to surgery, it can mean additional surgery will be necessary, and of course added healing time, lost work time, and much greater expense. There are different reasons why a surgery may fail to relieve a problem or condition. These reasons are:

Surgeries that have high failure rates:

What are some things that you can do to help eliminate any possibility of having a failed surgery?

“Three hundred and ten million patients undergo surgery worldwide each year, but while global initiatives are increasing access to surgical treatment, little data has been compiled about complication rates after surgery.” This research by the International Surgical Outcomes Study Group, led by Queen Mary University of London’s Professor Rupert Pearse and published in the British Journal of Anaesthesia, provides the first set of comparative statistics at an international level. ~ https://medicalxpress.com/news/2017-11-million-patients-complications-surgery-year.html

The most common failure complications have been Infection. I know even with my hernia operation I had in 2007, I had a horrible infection after surgery. I asked my kids to touch the area, because it was burning from the inside out. But, nobody would, don’t know why really….. HAHAHA

“The study found that 2.9 per cent of patients suffered from such infections, which equates to nine million patients worldwide, every year. Of those patients, 1.3 per cent died from the infection (117,000 patients annually). The total number of patients affected by all types of infectious complications was nine per cent which would be 28 million patients annually.” “Cardiovascular complications were the other major source of adverse outcomes with conditions including arrhythmias and heart attacks. Cardiovascular complications affected 4.5 per cent of all patients.”

So after re-evaluating the risk around routine type surgeries, and the statistics of complications hopefully each and everyone of you will look at the types of things that you need to be prepared for. Remember what I always say, “Expect the Unexpected”! Your planning doesn’t have to be things like, do I bring my toothbrush, or what clothes will I wear to the surgery. This type of preparation and planning is based on, “What if?”

Yes, it is have I done some planning beforehand? What does that look like? Have I forgotten anything? I know I interviewed a Nurse, a few years ago, and she had told me that there are a lot of people going in for surgery that didn’t have any plans made. Not even who is going to check-in on their pets or feed them for that matter. So, in our program coming out soon, will allow you to start this planning and preparation for any unforeseen circumstances that develop in your life. And it will be step-by-step guides, a library of videos and worksheets to help you in the process, to keep you safe and secure.

This Real Life Story from Real Life people this week on our Podcast is very enlightening due to the fact that the most routine surgery that Shannon, our Guest Interview, went in for at the onset of Covid 19, was painful and enlightening. Check out our Podcast this week on Routine surgeries. When Shannon stepped out from her surgery back into the hallway of the hospital, the world had changed! Yes it was like waking up into the novel, “The Time Traveler’s Wife”, is the debut novel by the American author Audrey Niffenegger, published in 2003. The world was not the same after she woke up from her surgery. She thought she was in a movie! Enjoy!

Our Guest Interview on YOUR BACKUP PLAN PODCAST SHOW 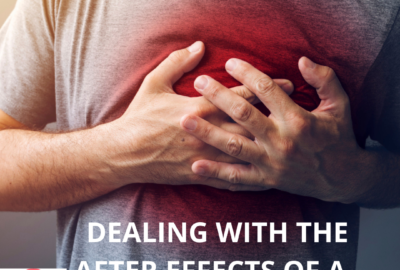 HOW TO DEAL WITH THE AFTER EFFECTS OF A STROKE?

“Start by doing what’s necessary; then do what’s possible; and suddenly you are doing the IMPOSSIBLE!”~ St. Francis Assisi Honesty and love explains how Gervel…

“You’re not a victim for sharing your story, you are a survivor setting the world on fire with your truth. And you never know who… 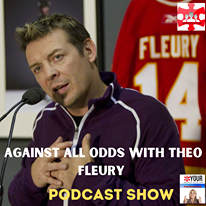 AGAINST ALL ODDS USE YOUR HEART!

“Never be a prisoner of your past, it was just a lesson not a Life sentence”! On this Podcast Show this week was an extremely… 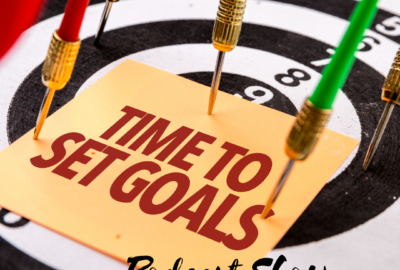 TIPS FOR MANAGING THE CHAOS AFTER A LIFE TRANSITION OR LOSS