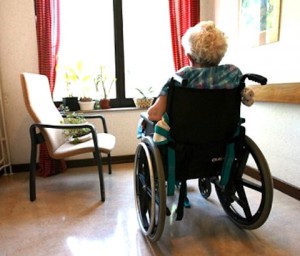 A friend of mine just told me about her recent shock of a start to 2016!

Until she recently got a phone call from the hospital. Her phone started to ring at work and she glanced down at the number. She said, ” hmmmm. that’s strange it’s the New Westminster hospital calling me.” She left it and called her younger Aunt (one of the other sisters) right away. “Yes, it’s true, I gather the Aunt had called the ambulance by herself because she wasn’t feeling well a few days ago.” Unfortunately, passed away a day later. The hospital didn’t have any next of kin to contact when she passed away. They only had the next of kin listed as the sister who had a heart attack in October. The hospital then had the daughter of next of kin listed for her, so they thought they would try contacting her. What a dilemma.

So, they both jumped into their cars and drove over to the hospital. “Are there any belongings to take with us?” “No,” they said, ” just the little bit that she had on when she came in.” “But, where is her purse and keys then?” “Well, we haven’t seen any at all, otherwise it would be listed on her chart,” the nurse said.

So, off they went to her Aunt’s apartment. 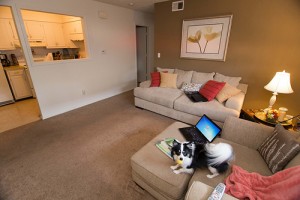 They called the apartment Manager, to let them into the apartment so that they could get the Aunt’s dog out since it was definitely a day or two by now since she went into the hospital and didn’t tell anyone.
The apartment Manager said, “I’m sorry, we can’t let anyone in”. “You are not her immediate family.”
“But, her dog is in there and we really just need to get the dog out, you can come in with us.”
So, since the dog was in the apartment he thankfully let them in, whew.
He said, “But, after this entry I will have to change the locks on the apartment.”

So, he let the women into the apartment, to find the apartment riddled with bed bugs, but no time for that right now, they took the dog back to their place.
Well, one step at a time.
So, it’s been about 1 week now, and they need to transport the body from the morgue of the hospital to the funeral home. But, they will need the appropriate documentation to do that.
What did the Aunt want to have happen? No one knows. Her children have passed already, and she had 2 or 3 grand children left.

The one sister will have to complete the documentation and complete the paperwork to prime the funeral proceedings, there are not many choices really of who gets that treacherous job.

It hasn’t started very well, and nothing has been organized even the smallest of things such as her purse and keys!
What will they do with the items in the apartment? Who cleans that up and who is responsible for the bed bugs left in the apartment? Did she have any bills that need to be completed?

What kinds of things will they be able to find? What about bank accounts and investments? Did she have a funeral planned at all anywhere?
What were the Aunt’s wishes?
Will this be a case of unclaimed funds left in banks?

So, as this progresses, I will give you an update of their situation.

Stay tuned for more to come….