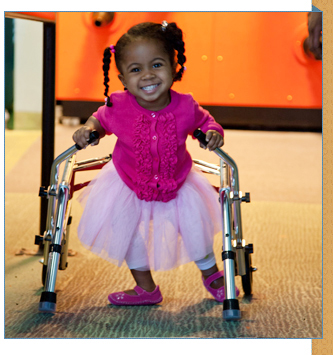 DECISIONS TO MAKE WITH A DISABLED CHILD

LIFE AND DEATH DECISIONS WITH A DISABLED CHILD

Never having a disabled child in my life doesn’t mean that I don’t understand.  It just means I haven’t experienced some of those trying times that so many of my readers have.

I have so much empathy and love for each and everyone of you.  Having the patience and love it takes to care for those children through the different stages of growth and then experiencing those adult years as well.  Having been apart of the Brain Injury society, I have really grown as a person with gratefulness and empathy for those that care for disabled children 24/7.

Not that it is the same, but now that we have a disabled cat, I feel that I am in some small way contributing to understanding life so that the cat can have a fulfilling life just like our other cats.

Really that’s all you can hope to do in some cases.

Of course, caring for those that are disabled once they become older, in their adult years, is also another struggle that I can see through my friends.  It’s truly an act of love and caring that you can appreciate their abilities in whatever that might look like.

Of course, some of us have had to start caring for those around us after a tragic accident that has devastated their abilities and others have been born with the disability.

In whatever form it has taken, I hear from friends all the time, when does it get better?  When can I have a break from all of it?

Having a family whether you have one child or 10 children is definitely a lifetime decision.

But, no one teaches us how to be prepared in case of a tragedy.  So, in this blog I am going to give you a few tips on how to be better prepared when you have a disabled child in your life.  How to make those important decisions easier.

All of these life decisions can be made easier when you know what you need to answer.

Your Backup Plan App, is your life assistant! 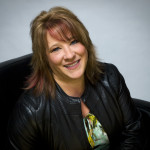 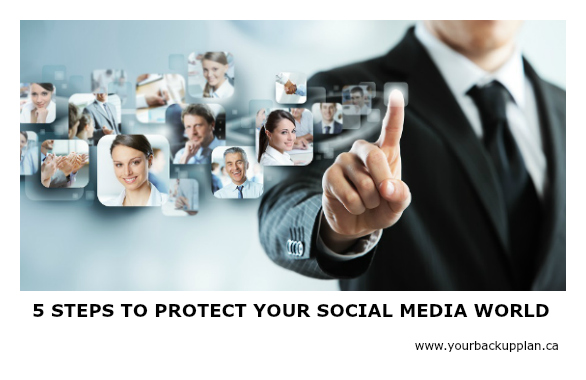 Do you have teenagers?  Maybe even adult children? Do you know someone that does?  We will need to know these 5 Steps to protect your Social Media World.

Because not only are we at risk for not protecting our social platforms, digital assets & property but now so are our kids at risk!

WHAT TYPES OF DIGITAL ASSETS IN THIS SOCIAL MEDIA WORLD?

What types of accounts are these Digital assets?  Things like

Whether young or older, as soon as we have set up accounts we are at risk.  Let me explain the risk.

When we set up our own private accounts, we have put our loved ones at risk.  With more than 1.2 million social media users dying annually, family, friends, social media services and the Internet are left to deal with a deceased user’s digital assets ( or what we call accounts and pages) When we die, who takes control of our social media networks, blogs and websites?

How have we done this? When we set up the various digital platforms and accounts we normally don’t share our logins and passwords with anyone. As a matter of fact we, personally also have difficulty keeping track of our accounts just for ourselves.

What happens if you don’t keep good records of your digital property?

TRYING TO LOCATE YOUR DIGITAL PROPERTY

For each of your accounts, libraries, storage and social media platforms – When the Executor of that estate realizes that the person had an account, or any of the digital property – they will need to show proof of death and usually a court order to prove that they can be given access to that account.  That will cost money and time to get a court order.

Each account or platform will also have other certain requirements and steps that will also be needed at that time to gain access. This may include an application, documentation and a court order from a US court.

It is important to deal with these digital assets for various reasons. Preventing identity theft and to ensure that the pages or accounts are not used in any criminal behaviour.

Perhaps you may wish to continue the management of the online business or a blog that your family member has.  Or they wish that you continue with it.

Now, do you really want to go through all that work and the costs involved?  Or do you want others to have to find your digital assets too?

The last risk that is involved is a predator hacking into the dormant account, whether that is the facebook/twitter account on a social media platform or a library of purchased music, apps or games or even thousands of dollars of credits that are sitting in dormancy.

2- Keep your digital accounts up to date regularly

3- Make a list of all of the social digital platforms you have, including libraries, storage and accounts. Keep them up to date and share the list with someone you trust.

4- Make a list of payments required to keep up your accounts and their payment method.

5- Keep a list of logins of all the accounts, etc.

Your Backup Plan App will keep your digital assets organized and updated easily with the use of your smartphone. 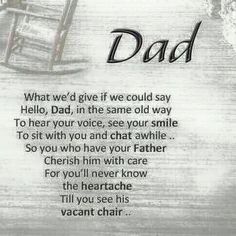 WHEN THE DAUGHTER NEEDS TO BECOME THE PARENT

Speaking with Shannon was intriguing and heavy hearted all at the same time.  After Shannon lost her mom in 2014, she then lost her dad from a tragic heart attack in 2015.  But, remember Shannon is only a young Mom herself with 2 kids and not quite ready for what is about to happen.

She had a totally different perspective on the parent and child relationship.  It’s not suppose to happen like this, she had to step up to be the parent in one foul swoop.

A FEW OF SHANNON’S STRUGGLES

Things that Shannon struggled with was the emotional stress that she had to have it together, for the little part of the funeral arrangements but more importantly the kids.

After the funeral stuff was completed she had to go into over-drive.  Going to the house and hoping to find paperwork, and needed answers to whole lot of questions!

But, of course that didn’t happen quite like that.

After 1 year has gone by, Shannon is still struggling with having to pay her Dad’s mortgage because she couldn’t afford to pay her place as well as his mortgage, so she moved into his place.

Her dad’s mortgage stays open, her Dad’s vehicle, his truck and travel trailer sits until probate is completed.  So many catches to everything.

SHANNON’S STORY AND HER DILEMMA

“I do and I don’t know why this little video had me in tears just now, but the reality is this shock to the system happened twice, back to back and with little to no warning.

Tina approached me a while back in hopes of checking in, hearing my story and offering me the security of preventing the same stress and pain from hitting the people that I love. It took me a long time to prepare and tell her I was ready to chat. She was so understanding with me.

My generation, and even those 10-15 years older than me have NO idea how long and drawn out this process is. When someone dies or becomes unable to tend to their previous responsabilities, the paperwork seems endless. The errands doubling up with your own – the legalities.

This process of first disability, followed by two deaths was so much more than crying at their bedside as you squeeze their cold hand for the last time and wonder how you’ll go on from that moment. It’s so much more than food at the funeral and standing up to speak on someone’s behalf… no, no.

Then you walk into their house for the first time and what comes to mind? Turning around and asking them all the questions you need answered. .. but they’re not there and never will be again to answer them. And the scavenger hunt begins…

Tina just released her App for smart phones and iphones that will give your Power of attorney or your executor and loved ones everything you could possibly leave behind for them while they grieve.

I really encourage everyone to take a look. I’ll post a few links for it today.

And stay safe everyone.

Thank you Tina for the interview and understanding!” , Shannon.

I have watched too many families go through the unspeakable trauma of a family emergency or loss of life.

Being left to deal with the realities of those moments is overwhelming for most everyone.